Earlier this winter, I was driving the long highway home to the place where I grew up. It’s a funny stretch of road, buried by the overhanging oaks, dotted with half-collapsing houses and intermittent wide openings of marshland and men casually casting their lines into the water. It’s a wild land, overgrown and untamed. It’s beautiful but dreary. Alive but somewhat sleepy. Many of the cinderblock houses burst out of the underbrush with shouts of color. A bright blue dwelling here, there a harlequin green. You get the feeling that the inhabitants have always been there. That those houses and trees have seen more than most. The air is thick with memory. It’s heavy with struggle and spirits, and the feeling of being forgotten.

At certain points, there are newer residents. They have tall houses and mowed lawns. They’ve left the city in exchange for acres. One, close to my turn, has decided to start raising alpacas. My mind starts to wander.

Three months later, I’ve put together a shoot inspired by wild things. I wanted to contrast colorful and exotic pieces with the drab landscape of a late winter afternoon, and then take them over the top with unexpected animals. I wanted to convey a bohemian feeling, with nothing really to do with the South. But it won’t be ignored. The Lowcountry is woven into these images, and why shouldn’t it be? If exotic is to be defined as bizarre, extraordinary, and romantic, is there anything that encompasses it more? 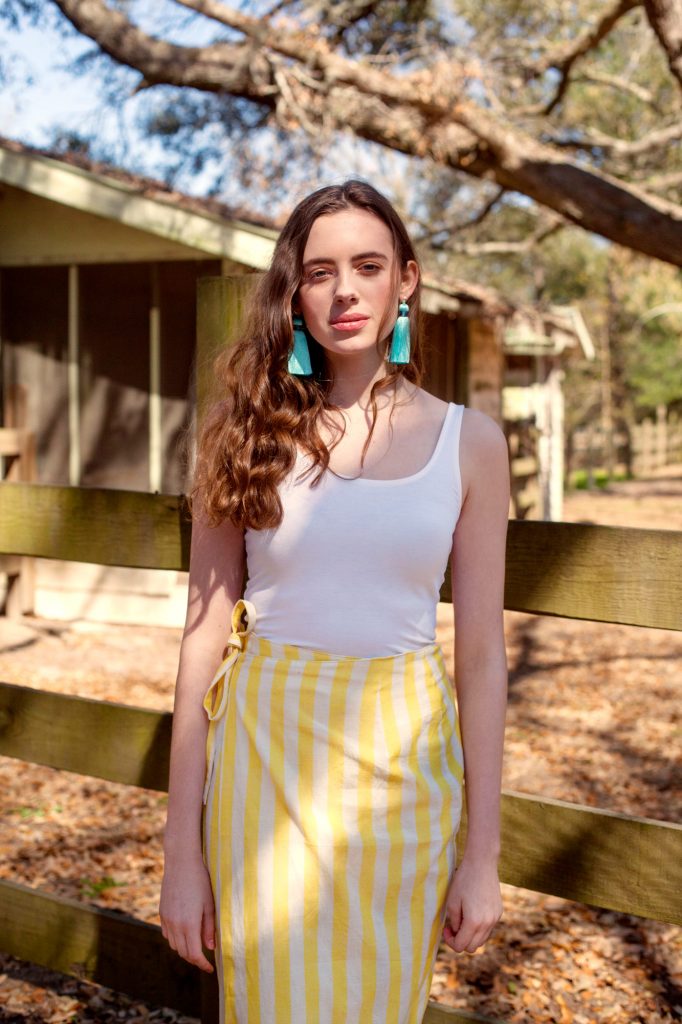 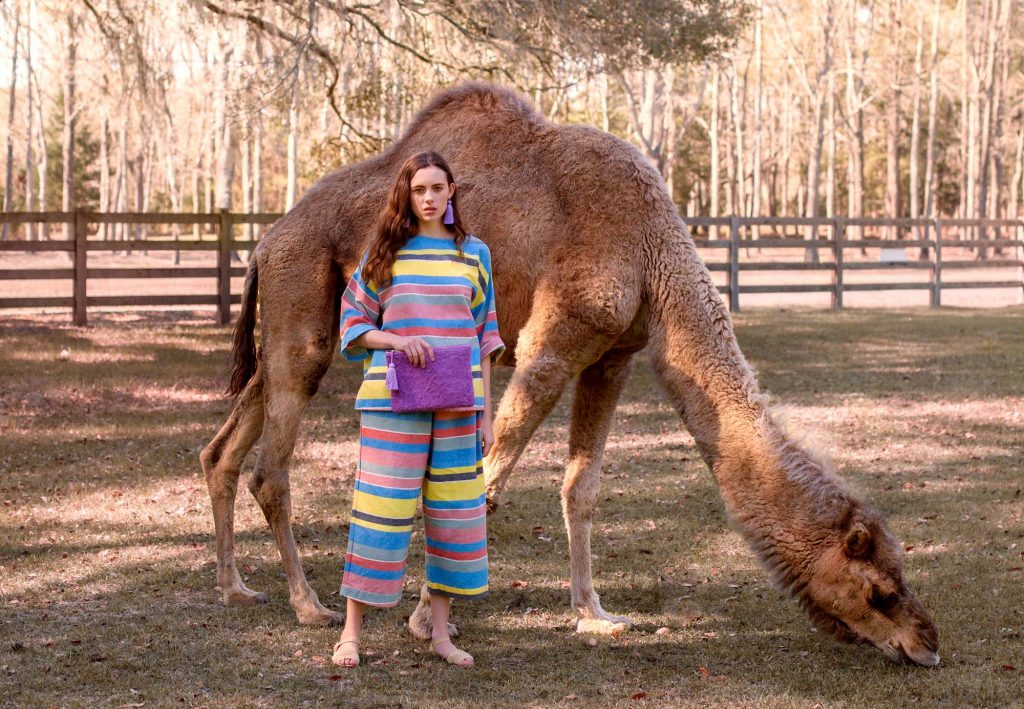 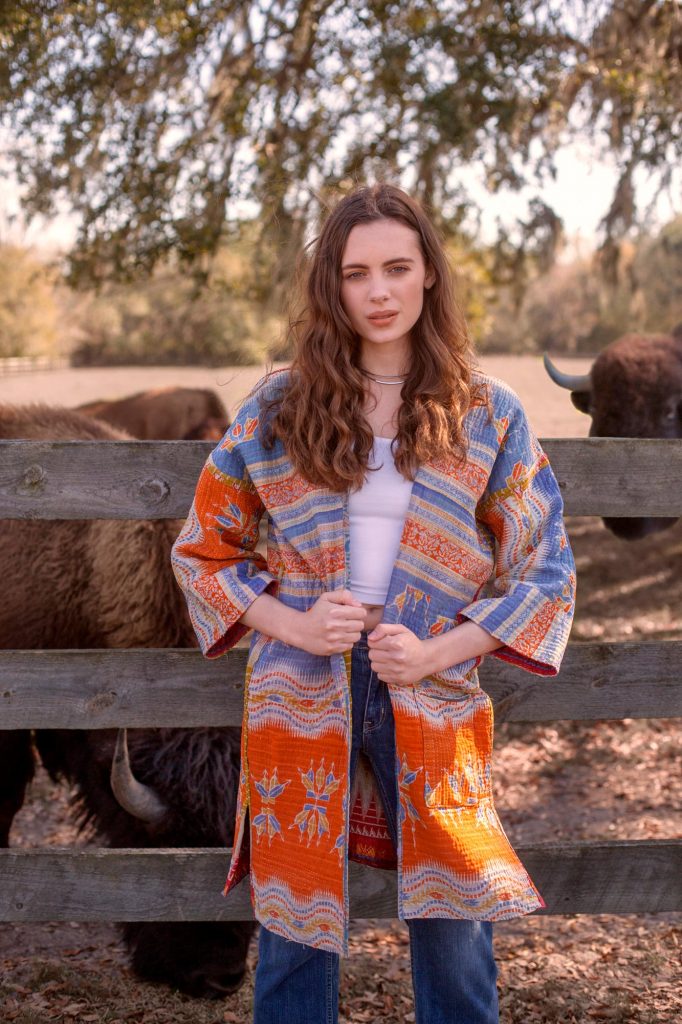 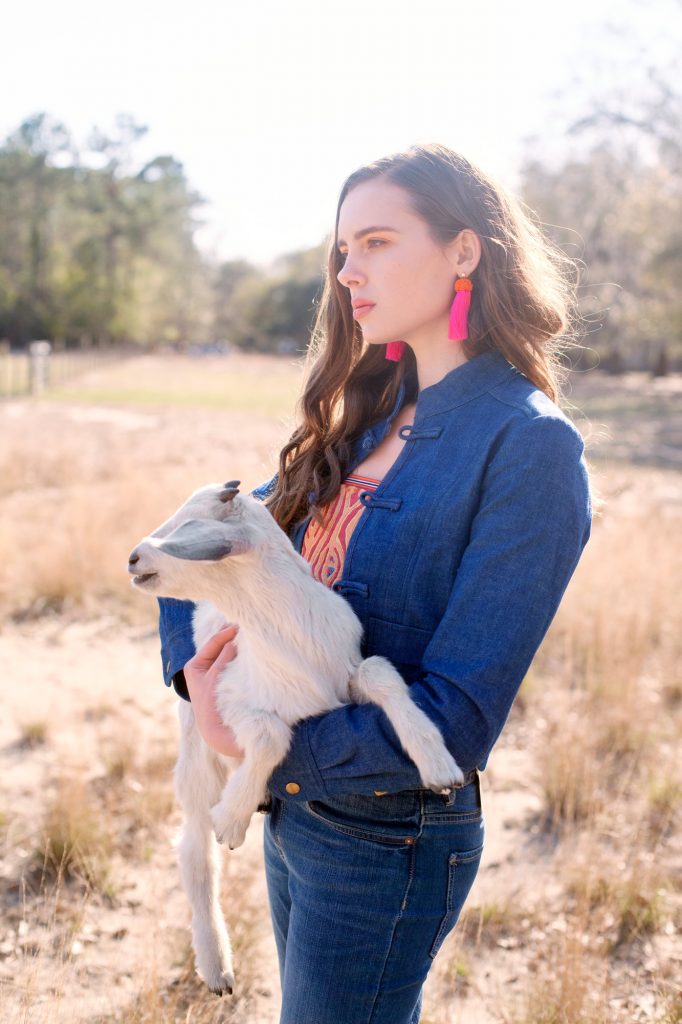 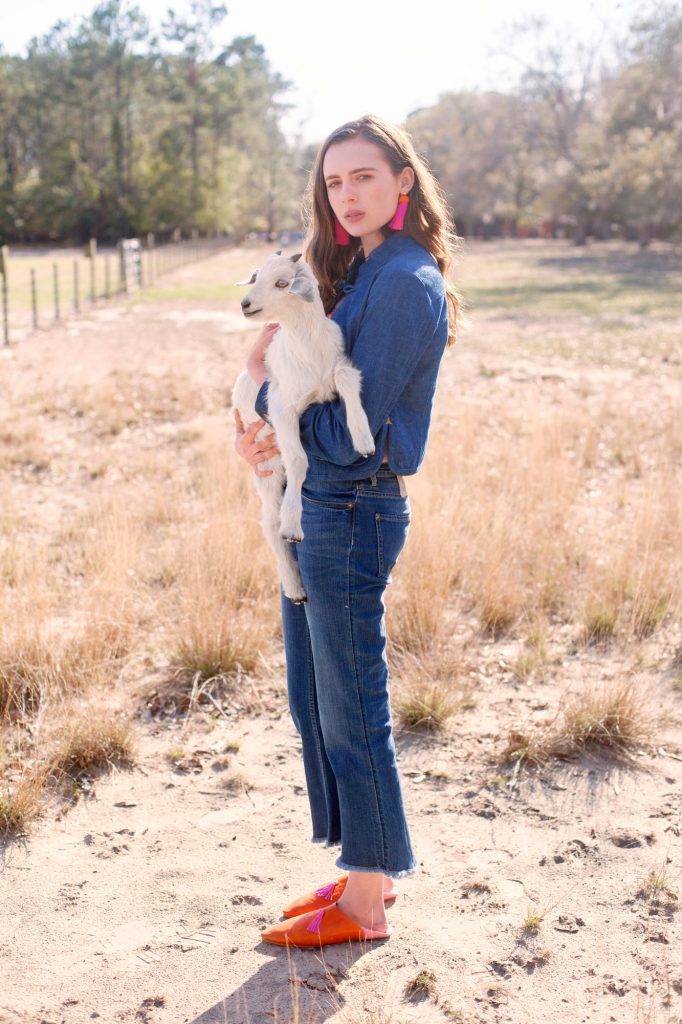 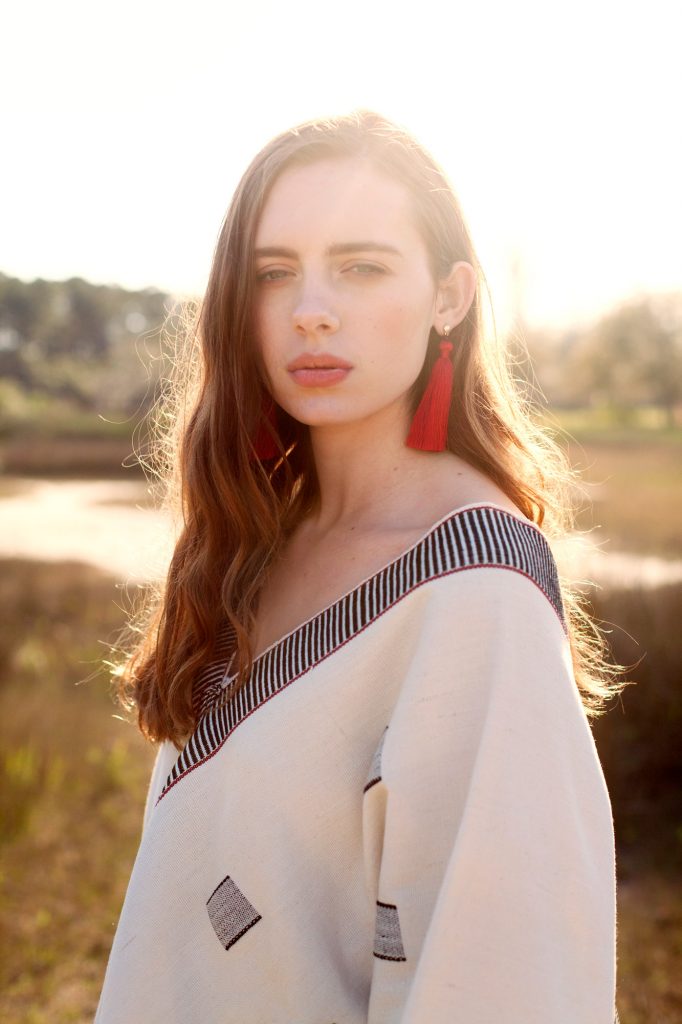 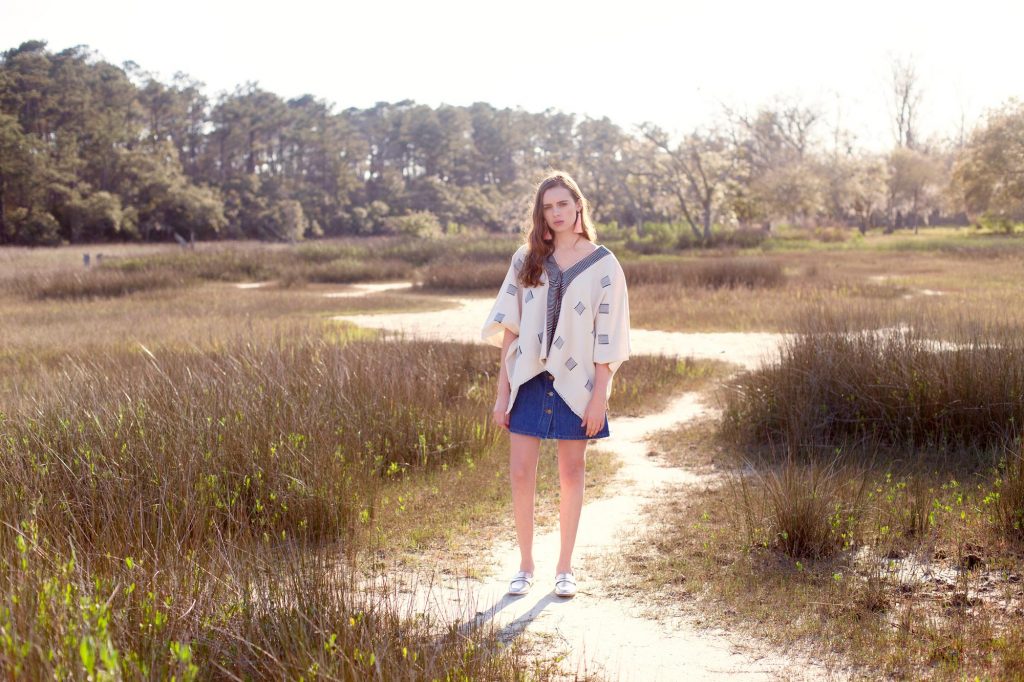 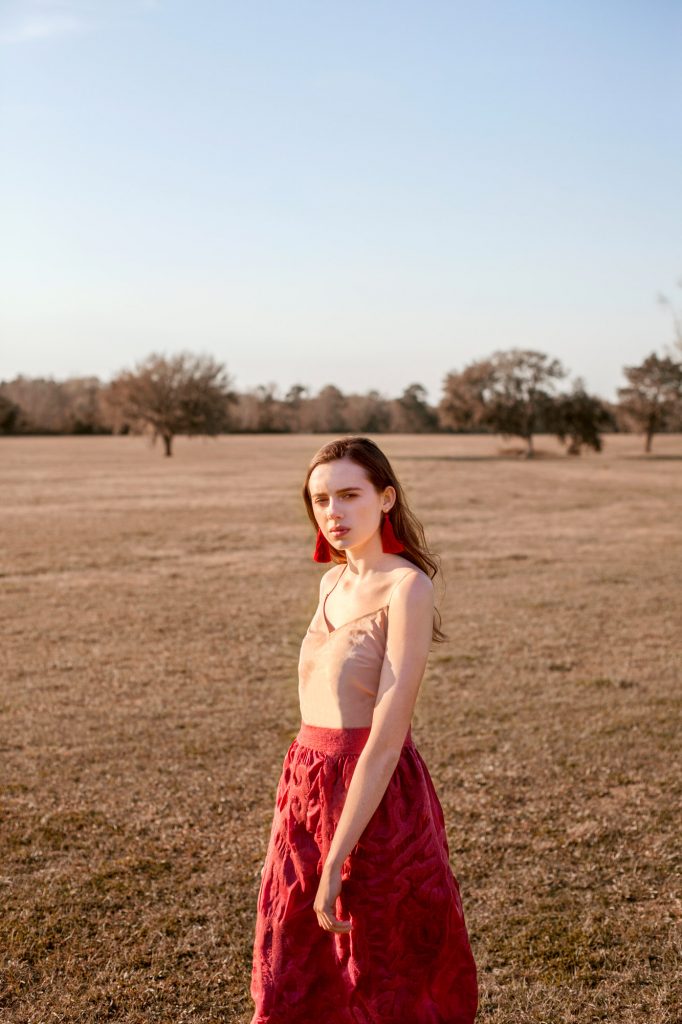 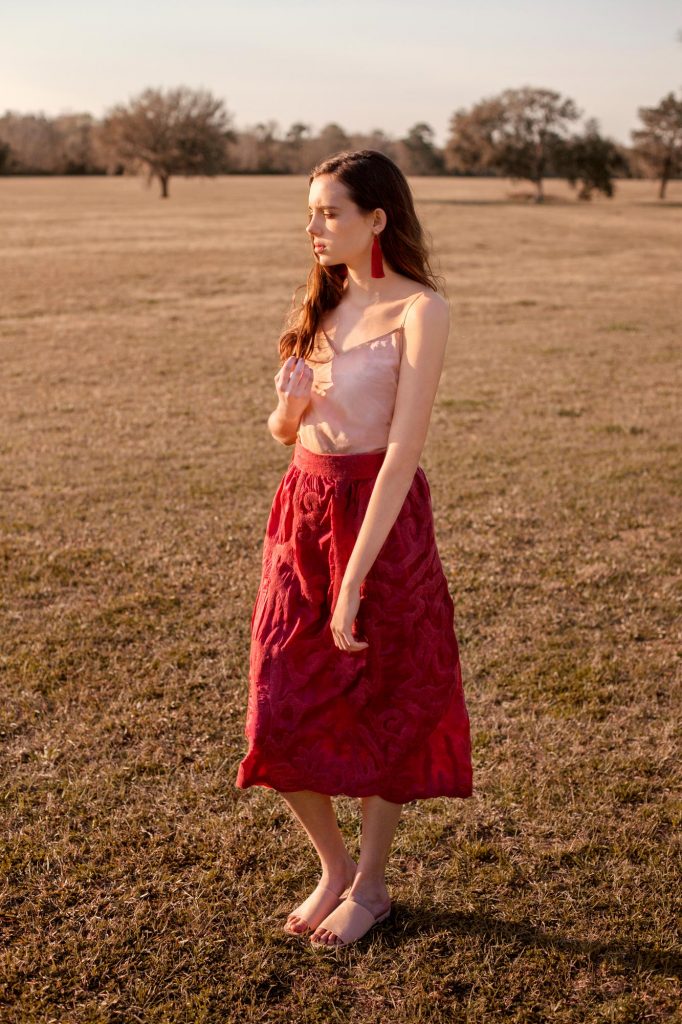