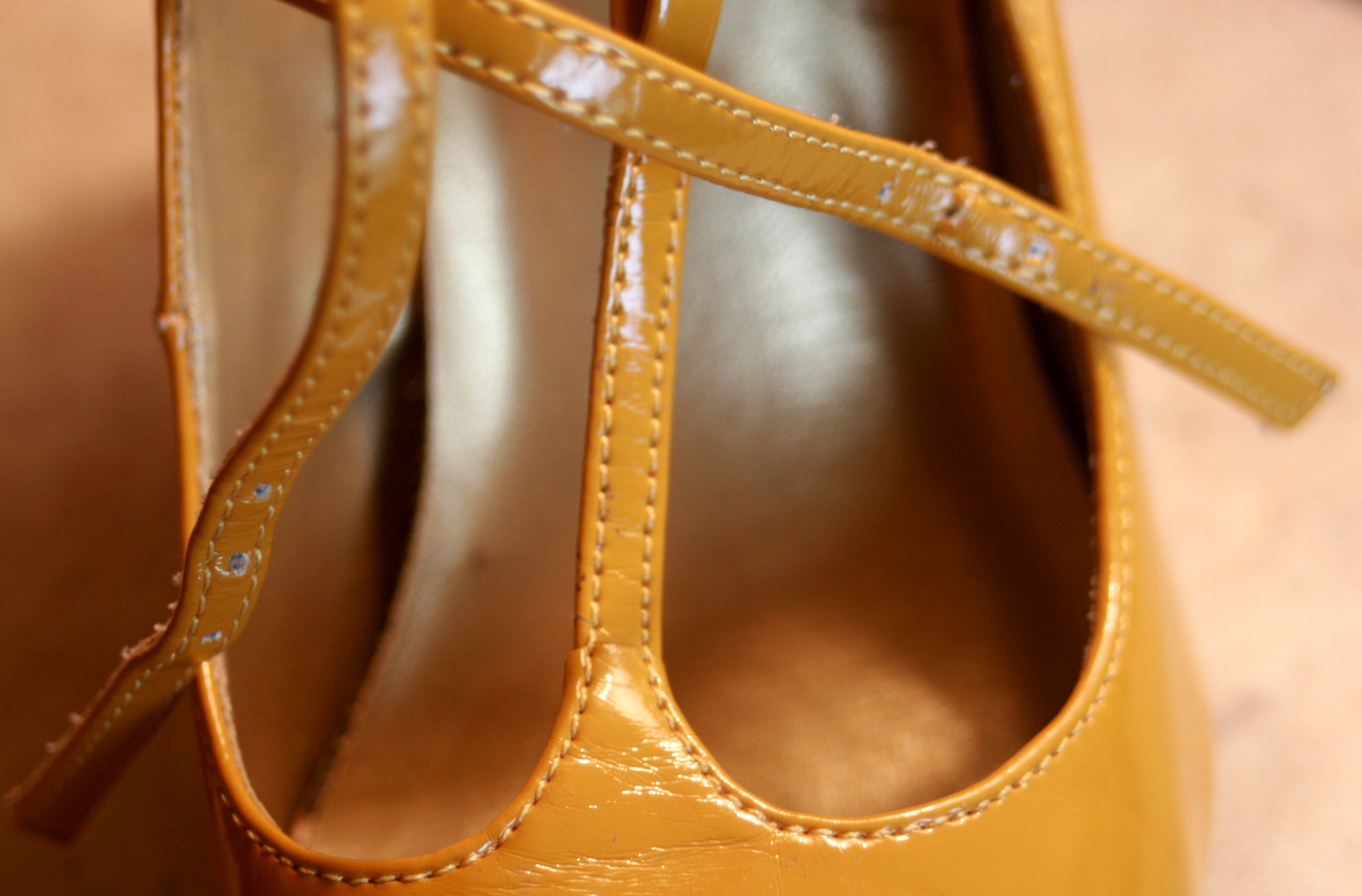 Listening to: Nothing at the moment. Sometimes silence is best.

The weather people were calling for rain, but I opted for a favorite pair of patent mustard T-straps. After living so long in this land of rain & snow, I just could not quite bear the thought of another day, consisting of so many hours, spent clomping around in (what feels like) my 2,000 pound rainboots. Though I do love them. Anyway, I figure rainboots are shiny, therefore patent must be water-resistant.

Of course, this decision was met with wild success. The whole day I seemed destined to be rushing hither & thither – always late, late, late, forgetting things, or teetering at top speeds to catch up with my (perhaps more clever) friends in boots, who obviously relished the idea of playing up my faux pas & consistently chose short-cut routes through knee-high swamplands, leaving me in the dust.

But hey, you gotta fight for your right, right?

Later in the afternoon, in between engagements, I made a quick run to catch up on some to-dos, including a trip to the drug store. While I waited the severely under-quoted (45 minutes, they said 20. FORTY-FIVE MINUTES! This, of course, being one of the reasons why I was late beyond belief, rushing about in my too-high-heels) time it took for my prescription to fill, I picked up a copy of this months Cosmo.

STOP. Let me explain now. My dear friend Abby had told me to check out the latest issue because the cover photo, and accompanying story, were featuring one of my all time favorite celebrities, Lady Gaga. And no, I am not ashamed to own it. She is a true artist in everything that she does, & I find her most fascinating. Also, she plays some catchy tunes.

Anyway, I read the article, ducking & folding & quickly flip-flipping the pages, each more scandalous than the next, as the elderly perched nearby awaited their drugs and passed silent judgment upon me. But I wasn’t so ashamed as to refrain from giggling like a 12-year-old boy at headlines such as, “The story so wicked they won’t even let us put it on the cover,” “50 things to do naked,” and expressions like “beyond Snooki.”

The story was just fine, and the cover shot beats any of the photos inside, but what I loved was the “Cosmo Quiz” at the end of the article. I suppose the writers over at the publishing house made up a questionnaire of multiple choices for the celebrity superstar. The best part? She always chose option e. for other, and filled in her own response. I think her mantra on fashion is worth noting.

The question asked, “which of these is most important in having style?”

Her answer was all of the above, minus b., which she crossed out. In e., for other, she penciled in one word, “Soul.”