I celebrated the day with French cheeses &, in lieu of wine, sparkling cider. It was brie & toast for lunch & for dinner, an omelet of spinach & more brie. I decided to brush up on French history by flipping on Marie Antoinette (haha) as a backdrop to the sizzling of my supper. And just like that, I was swept away instantly by the perfect pastels & dreamy scenes of the thing.

And, yes, a little desperate for some sweets. Note to self: Must find a patisserie in this town ASAP. 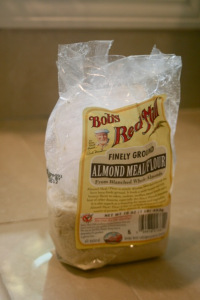 The pale pinks softly spread throughout every scene brought to mind all of my exploits in macaron-making. Remember that first disastrous endeavor? If not, that’s alright. I’m trying to forget it, too. But just before running off to Johannesburg I tried another batch, this time in a more advanced kitchen at home instead of the miniature one we’re provided in the apartments. The result? Much better. I’ve still got quite a ways to go, but they were nearly recognizable as macarons this time around. I played with formulas for the meringue but recycled the recipe for the filling—raspberry buttercream—spreading a thick layer between each shell.

But I’m low on ingredients & lacking in trust in the slow, small oven where I’m flat-sitting, so in the end I decided to whip up some toffee & chocolate—not exactly the cookies or crème brulee I’d been craving, but still satisfying. With salty & sweet & a recipe you were raised on, you really can’t go wrong.

Hope your Bastille Day was full of cheer & all things French. 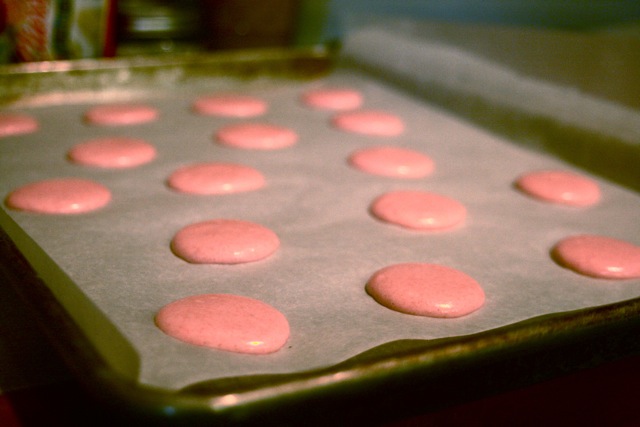 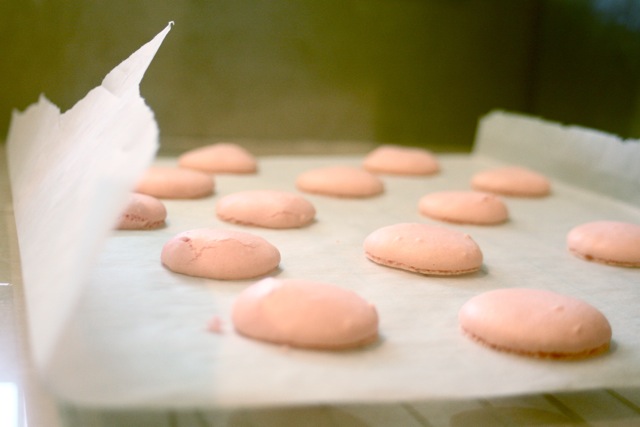 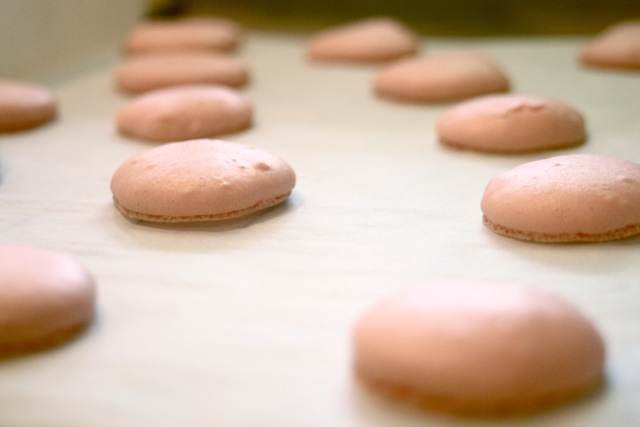