After all the dust settled from construction, the next step was styling the space and filling it up. I optimistically thought this would take maybe a week, tops. I was very much wrong. A lot of the reason why is because I was sourcing a lot of the decor secondhand and vintage, which requires patience. Lots and lots of patience. And another reason is because I refuse to settle when I have a vision in my mind of what I’m looking for. Right off the bat, I knew I wanted some hints of terrazzo in the space. I’m so glad to see terrazzo making a comeback, it’s such a fun, eclectic and earthy look, it reminds me of the desert. So when I found these terrazzo lamps by Mitzi, I knew they were the right fit for the space.

In the bathroom, I was looking for something modern, clean and minimal, with rounded edges, to give some relief from the busy lines and bold moves the rest of the space is making. These circular sconces from Hudson Valley Lighting were exactly what I was envisioning.

Modern lines with vintage rugs and plants on plants. There’s nothing like a good mix of old and new, am I right?

I shared the beginning of our design process earlier this week. Now I’m sharing the details.

My gut wanted all matte black for the space. I had already selected and fallen in love with my indigo blue vanity with gold cabinet hardware and I thought mixing the two finishes (black and gold) would be more interesting and allow each to shine, as opposed to doing all one or the other. I think in a smaller bathroom or powder it makes sense to do all one finish, but when you’re talking two mirrors, two sinks, cabinet hardware, 4 towel racks, a shower and lighting, one of my good friends who works in interior design taught me that it could either become overwhelming or the opposite, get completely lost. So I did something unusual and mixed the finishes, which I ended up really loving.

We chose the Signature Hardware Rotunda collection for the sinks and bath towel bars. I thought the rounded edges would be clean and modern, and a nice contrast to the angular lines of the tile. The hand towel bars were actually out of stock when I was ordering so I think we mixed in the Delta Trinsic collection for those, they went together pretty seamlessly.

I also sourced the toilet from Ferguson  Bath, Kitchen & Lighting Gallery through their Mirabelle line. I love the streamlined and modern look of the skirted Bradenton model.

I discussed the shower kit in the previous post, but here I will mention that, yes, it does introduce another hardware tone in the mix. However, I was hard pressed to find a clawfoot conversion kit that wasn’t chrome or brushed nickel! Signature Hardware does carry a few polished brass options, but in the end I decided the silver tone would almost disappear against the white bathroom and be less distracting than mixing the shiny brass with the brushed gold finishes I was using in the room, and I think it turned out just right.

One of my absolute favorite features in the bathroom is the look of the matte black hardware against the white tiles and how clean and minimal it feels. It’s calming, which is exactly what I wanted to space to communicate.

Our Suite Reno: Part One

I’ve been sharing a lot about our master suite renovation on Instagram over the past few months, but now that it’s finished I wanted to share the full story here.

Last year I began to dream up the idea of renovating our “bonus room.” I’ll go into detail with before and after photos in part II, but for now let’s just say it was a huge extra living space in the back of the house that we weren’t really utilizing, and that didn’t make sense from a layout perspective. Also, it was a huge eyesore. I came up with a plan to make a master suite in the space, since there was plenty of room for a large bedroom and bathroom and we’ve always thought it would be nice to have more privacy if we decide to have a family one day, since originally all of the bedrooms shared walls on the far side of the home. Once I came up with a floorplan and secured contractors, it was time for my favorite part: selecting finishes. I know I wanted it to be bold, stylish and luxurious. After selecting my tile, vanity and tub, I headed to Ferguson Bath, Kitchen & Lighting Gallery in Charleston to choose my hardware, faucets and toilet.

I’ll talk more about all my final choices in the next post, but when I walked into the Ferguson showroom I was looking for matte black faucets and hardware, and/or possibly gold. It was so nice to be able to see and feel everything there. First of all, because if you’ve ever done this before you know that “gold” or “brass” can mean 1,000 different things. And if you’re like me and the line you choose doesn’t include all the pieces you need, it’s practically impossible to match finishes across different brands unless you’re able to do it in person at a showroom. Working with a product expert really helped me find a cohesive look. And second, feeling the quality of the faucets is huge! I absolutely love the feel of the faucets we ended up with, especially our Signature Hardware clawfoot tub and shower kit. It’s by far the nicest piece of hardware in our house.

Speaking of the conversion kit, that was not something I wanted to try to figure out on my own. I ended up sourcing a vintage clawfoot tub on Marketplace but it needed all new hardware and a shower conversion kit, but being so old it definitely had quirks and I had no idea where to begin looking for something that would be compatible. Having a rep to help me choose the right piece was incredibly helpful.

I also was able to see the lighting I had already picked out online in person while I was there and it really confirmed my choice. Plus there were so many beautiful displays, kitchen ideas, and my favorite: a solid marble bathtub, that definitely got me dreaming of more projects to come.

Next time I’ll be talking more about exactly what I ended up choosing and why, so stay tuned! 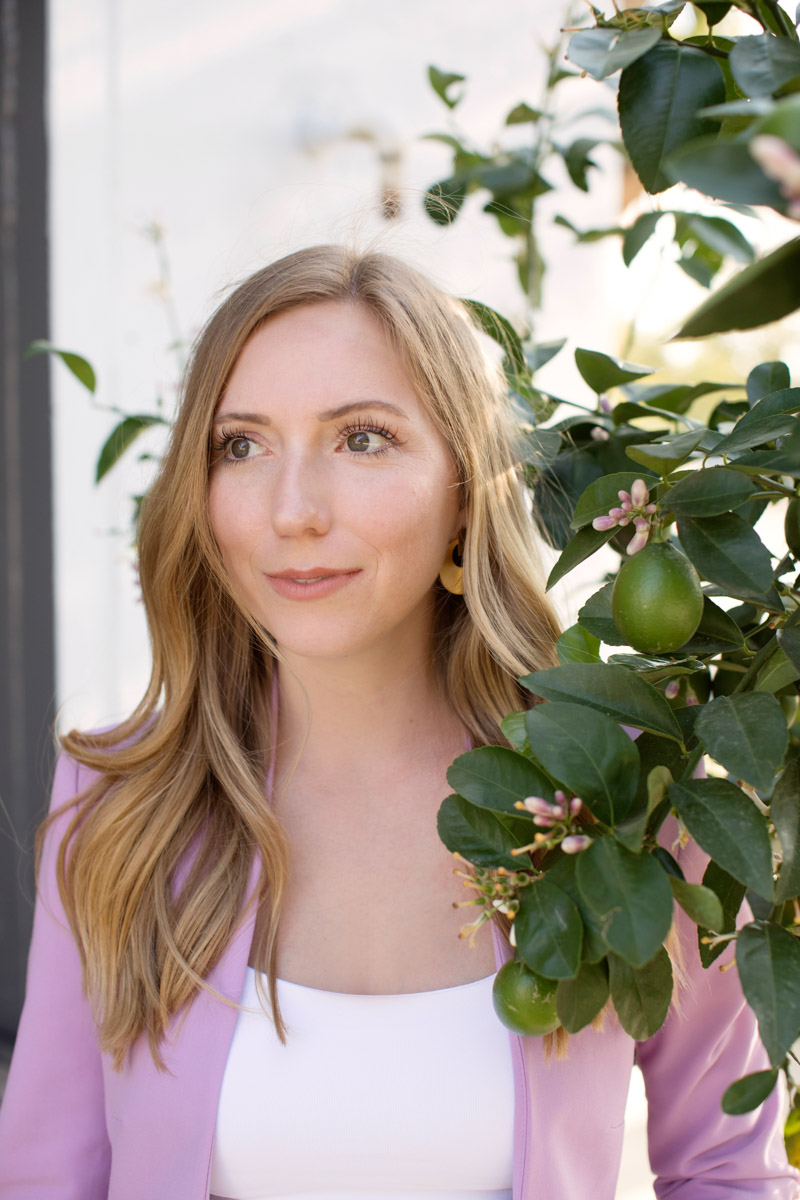 As an interior and architectural photographer, I’m passionate about capturing great design and the heart of a space. Today, I’m taking those skills into spaces to tell the stories of designers, architects, and builders, and the beauty they create. When I’m not behind a camera, I’m probably somewhere near a charcuterie board, at home renovating and designing my midcentury ranch or hanging with my goldendoodle pup, Hyran.