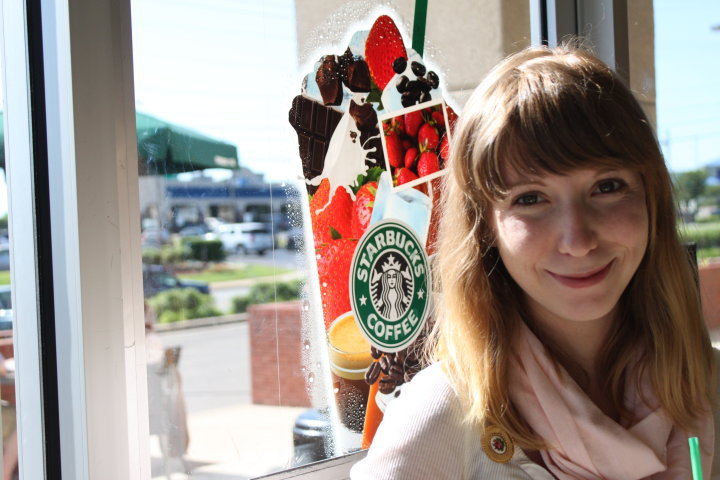 Taken about a year ago, Me by Huay Ming Tay.

Man, it’s been a while since my last post. But in between a 24-hour-long trip to the States, spending only six short days at home, which were jam packed with things to do & jet lag to conquer, a 12-hour trip to Tennessee, & an immediate shoving off again for a three-day retreat about an hour away, it’s been a busy two weeks.

But now I’m all moved in & settled, & ready to recount some of all that I’ve felt & seen since returning to the States. And boy has it been a whirlwind.

I was caught off guard in Atlanta when a room packed with hundreds of people exploded into applause for a troop of armed forces who stalked quickly around us. My tummy decided it wasn’t a fan of all the back and forth; going from a sugar-saturated diet to one of MSG & back again. I forgot what 90-something-degree weather plus humidity felt like—& almost passed out when I stepped out into it. Later, I saw my first Starbucks & cried. But more on that later.

Landing in Atlanta felt less than monumental. Stepping off the plane, I jumped straight from exhaustion to being super-stressed about getting through customs, a third security check in which I got my very first body scan (yikes!), the visa check point, & claiming & rechecking my baggage, all before my connecting flight home left the runway. There wasn’t much time to think about anything else, until I made it to my terminal & sat down for a breath. Nerves now in check, I glanced at the man to my left & saw a familiar face—in his hand was the green queen of that all-American hot-spot for caffeine: Starbucks. And that’s when I started to get choked up. Of all things, it took Starbucks to make me feel American again. And you know I prefer just about any other coffee spot to that corporate giant—in fact, today was my first trip to the place since my arrival, & that’s only because none of the local joints were open*. But I guess there’s just something that feels familiar about the place, inherently American. Maybe it’s the availability: we’ll make whatever you want, whenever you want, & we’re located on every corner, in every airport, bookstore, grocery store & more! Maybe it’s the way their logo makes me think of the statue of liberty. Maybe it’s simply the oh-so American way that we’ll spend upwards of $4.00 any (or every) day of the week on a product that’s not only unnecessary, but that we could whip up at home for a fraction of the price. But whatever the cause, it got me nostalgic that day, which immediately got me laughing at myself instead.

It’s good to be back.

Much love & many more photos to come!